Iterate on a project using P5.js, HTML, and CSS technologies.

I was awestruck by the DVD's loading screen and attempting to get it to bounce in the corner. I wanted to create something that allowed the user to experience the similar awe-feeling sensation, but allow it to be more customizable and include more relatable and pop-culture references. 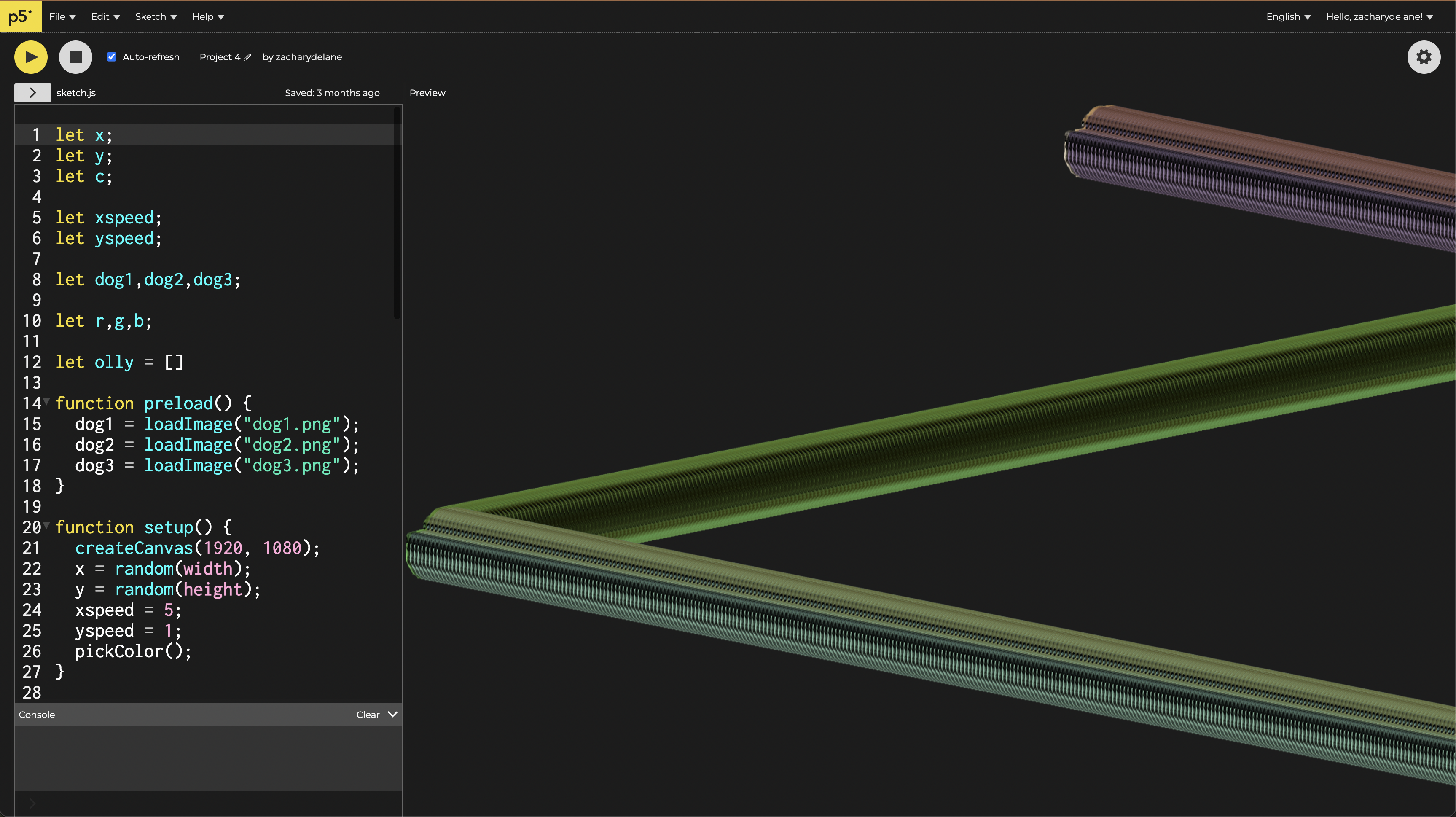 The first iteration of the design included a simple PNG of my dog, using reverse() and random() functions to control the movement and bouncing of the dogs. Instead of including a background, I found myself gravitating towards the transparent background, allowing for the trail of the dogs to be shown, rather than a static image of a singular dog bouncing around the screen. An interactive element of using the mouse and cursor to draw allowed for more interactivity.

For the final version, I iterated on the idea of utilizing pop-culture icons, and including sound. The website is tied together in multiple options and iterations, to best suit the user's needs. The idea is to see how long you can leave the tab open for before your computer crashes, or your web browser crashes.