With a partner, study a public space in Austin, Texas, and concept a solution or intervention to help solve problems in the public realm. 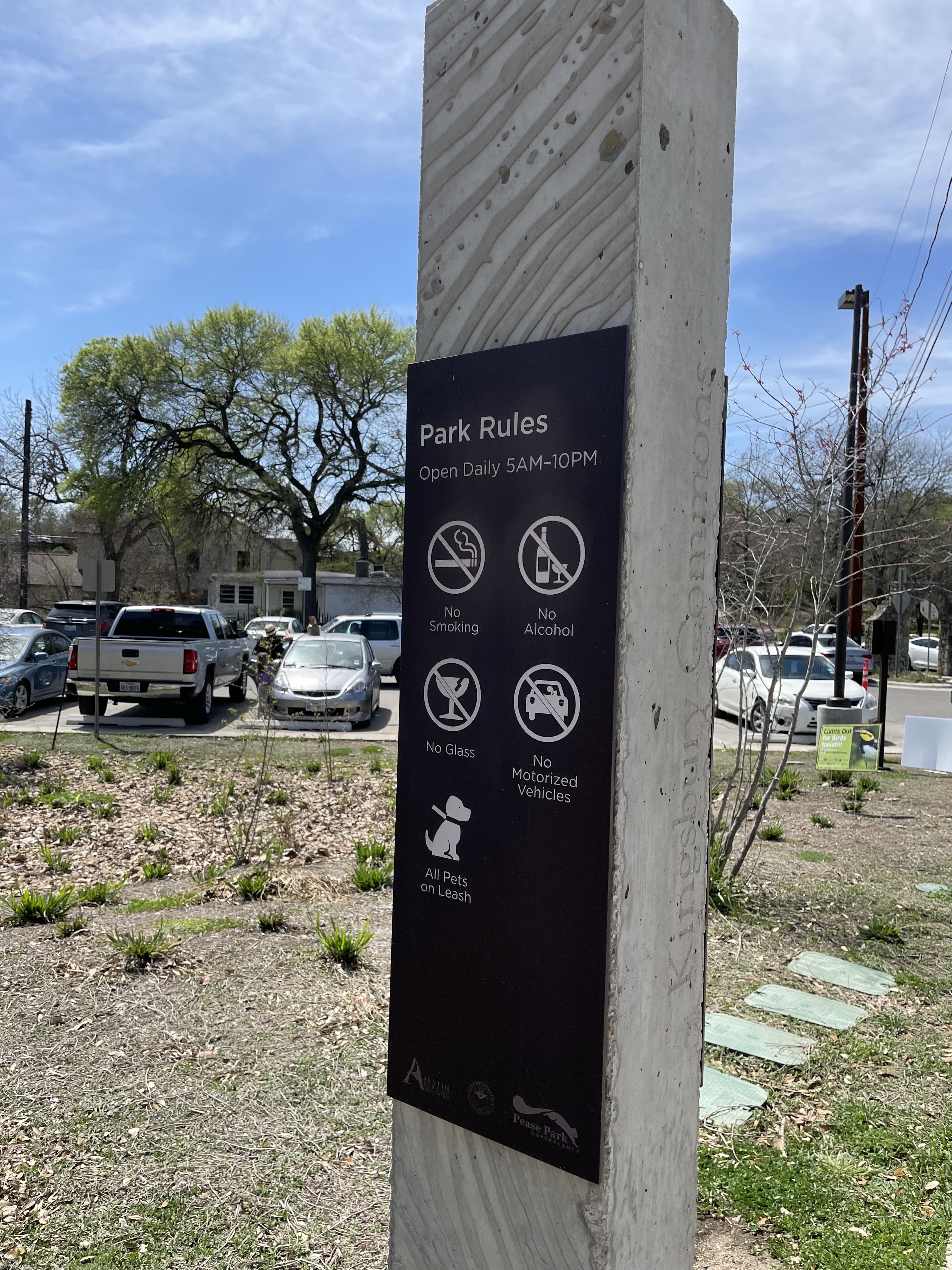 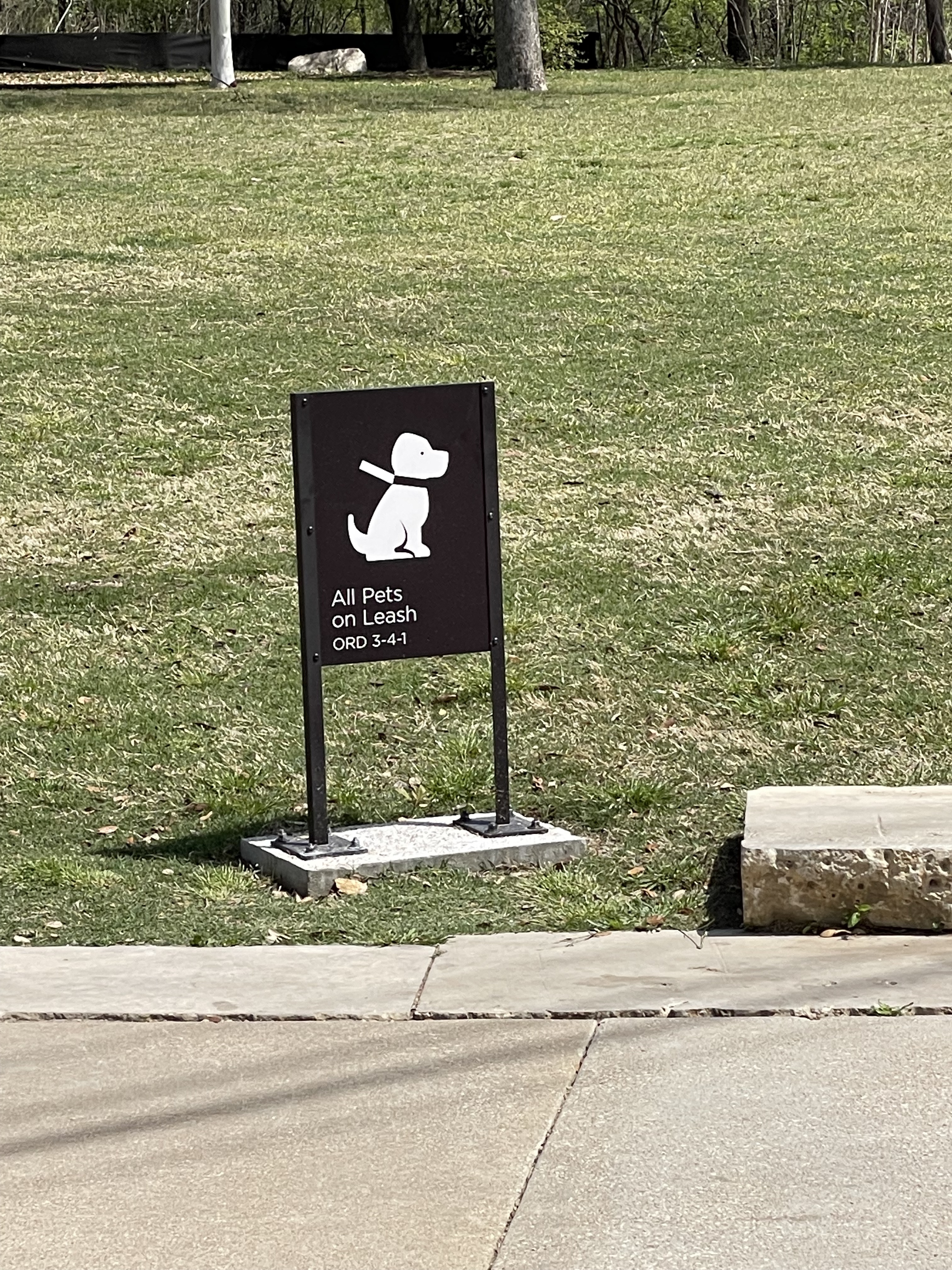 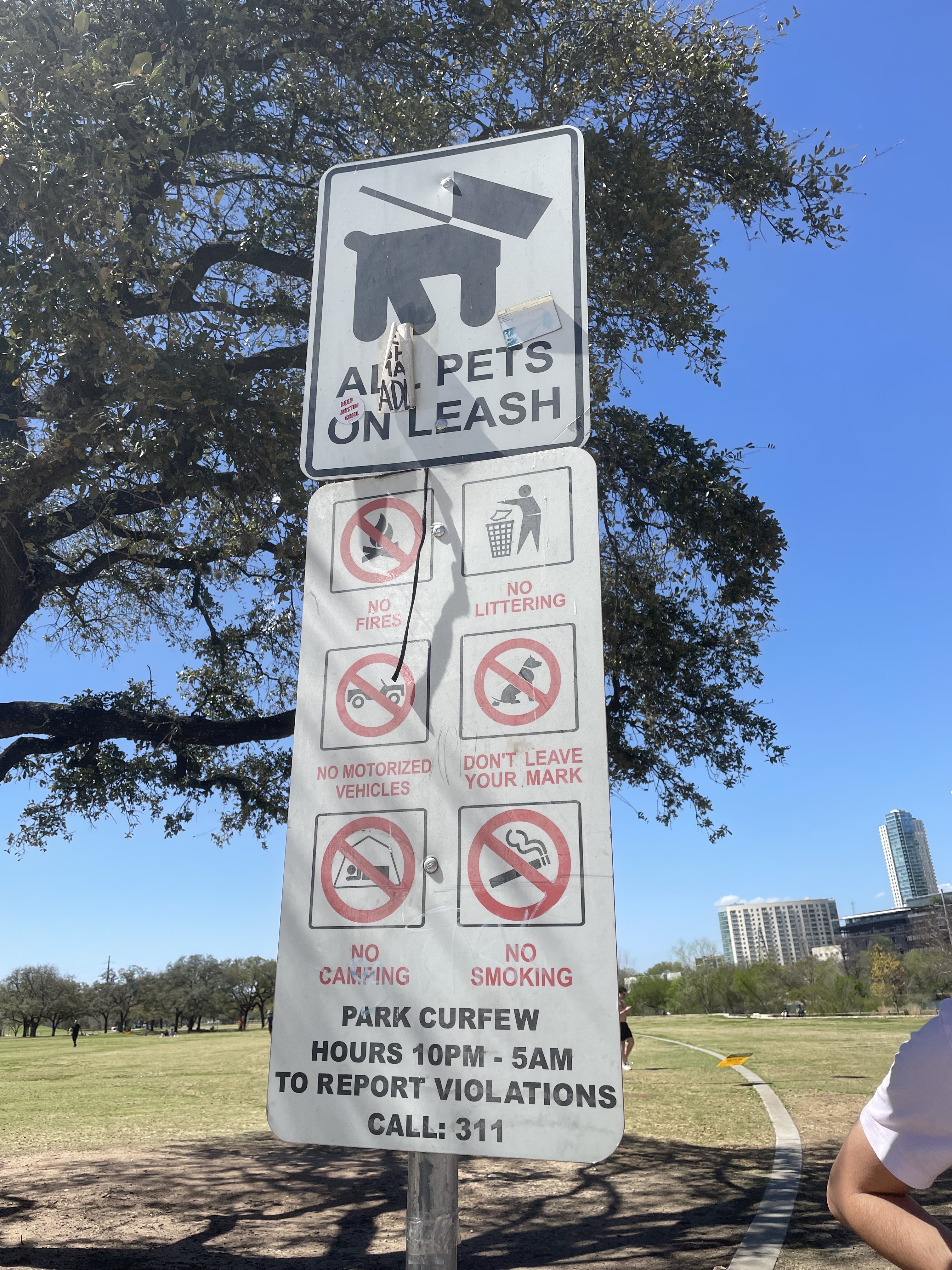 We started with picking the space of Pease Park, one of Austin's original parks, to identify any issues or problems that needed solving. As we studied the space, we started to notice the value of the wayfinding signage while we were at the park. We then began to think about our experiences of parks across Austin, and how we navigate the park spaces when we're in them. This led to an exploration of other parks around Austin, including Auditorium Shores and the new Waterloo Greenway. 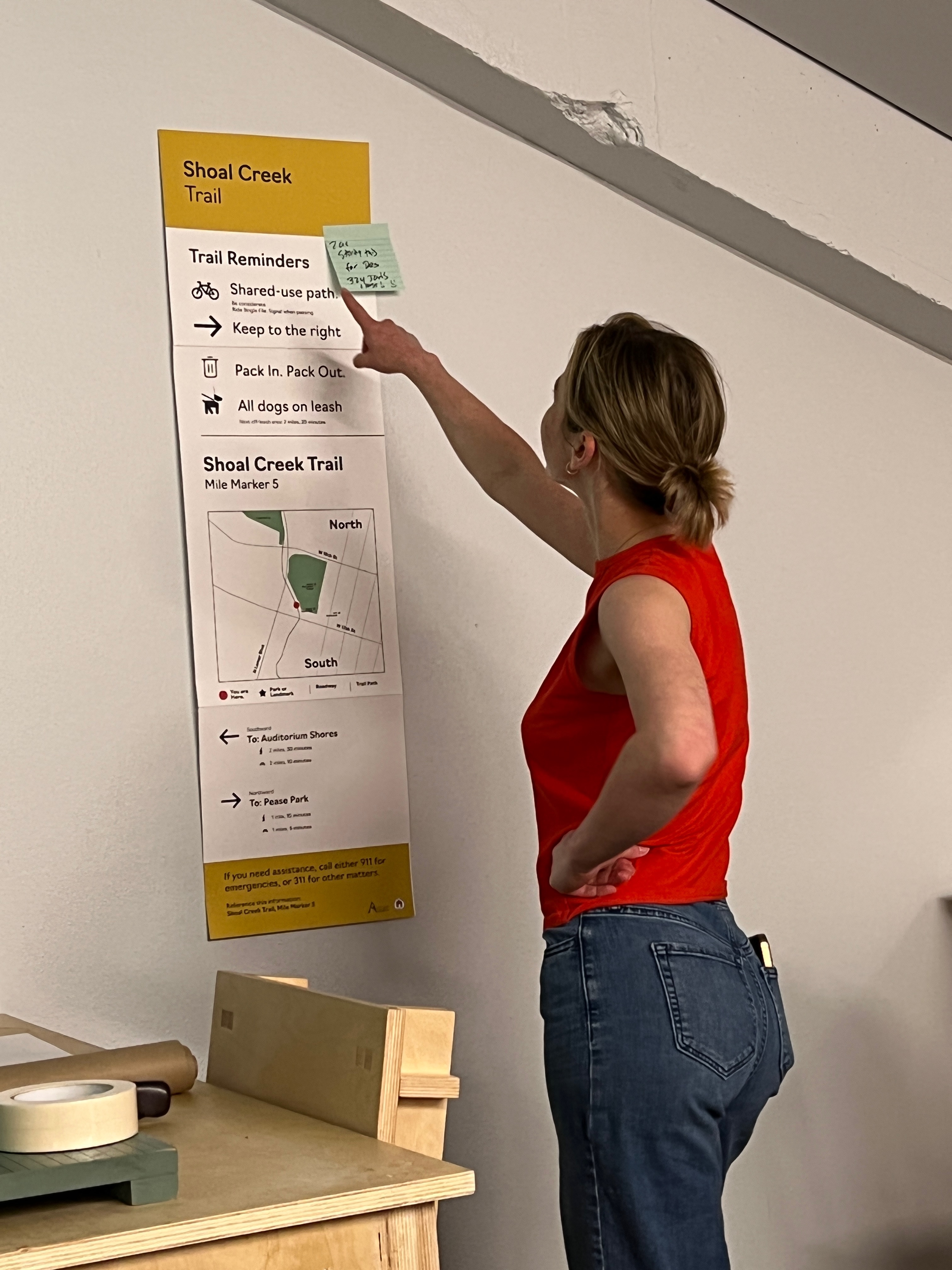 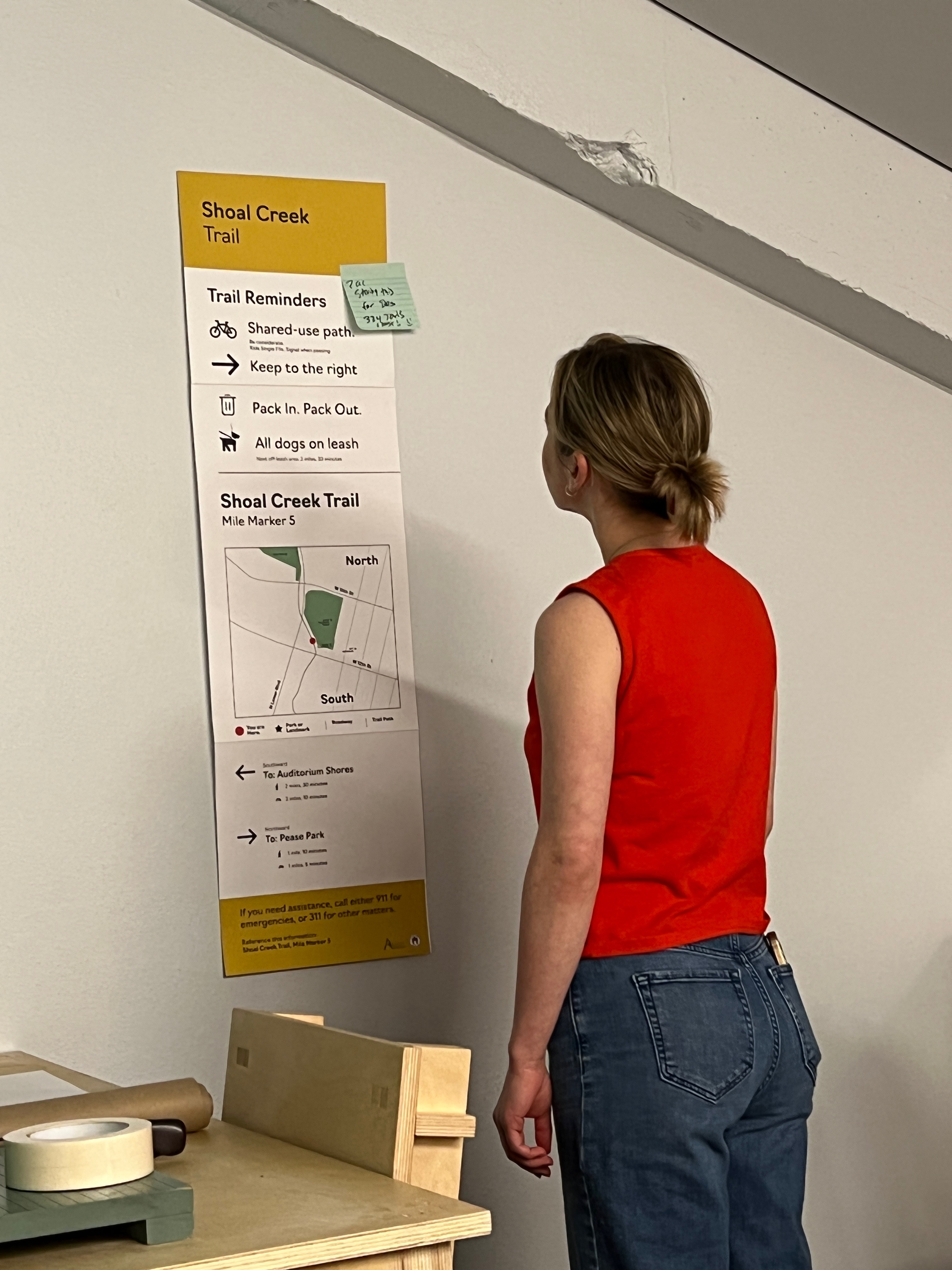 Our site visits, combined with additional research, led to this notion that the parks system in Austin is interconnected, but you wouldn't otherwise know that unless you did your homework beforehand. We didn't even realize it was possible to connect between Pease Park and Auditorium Shores via the Shoal Creek trail. This led to a design intervention of creating new uniform, navigational signage for park goers, to help orient themselves in space and get to where they need to go. 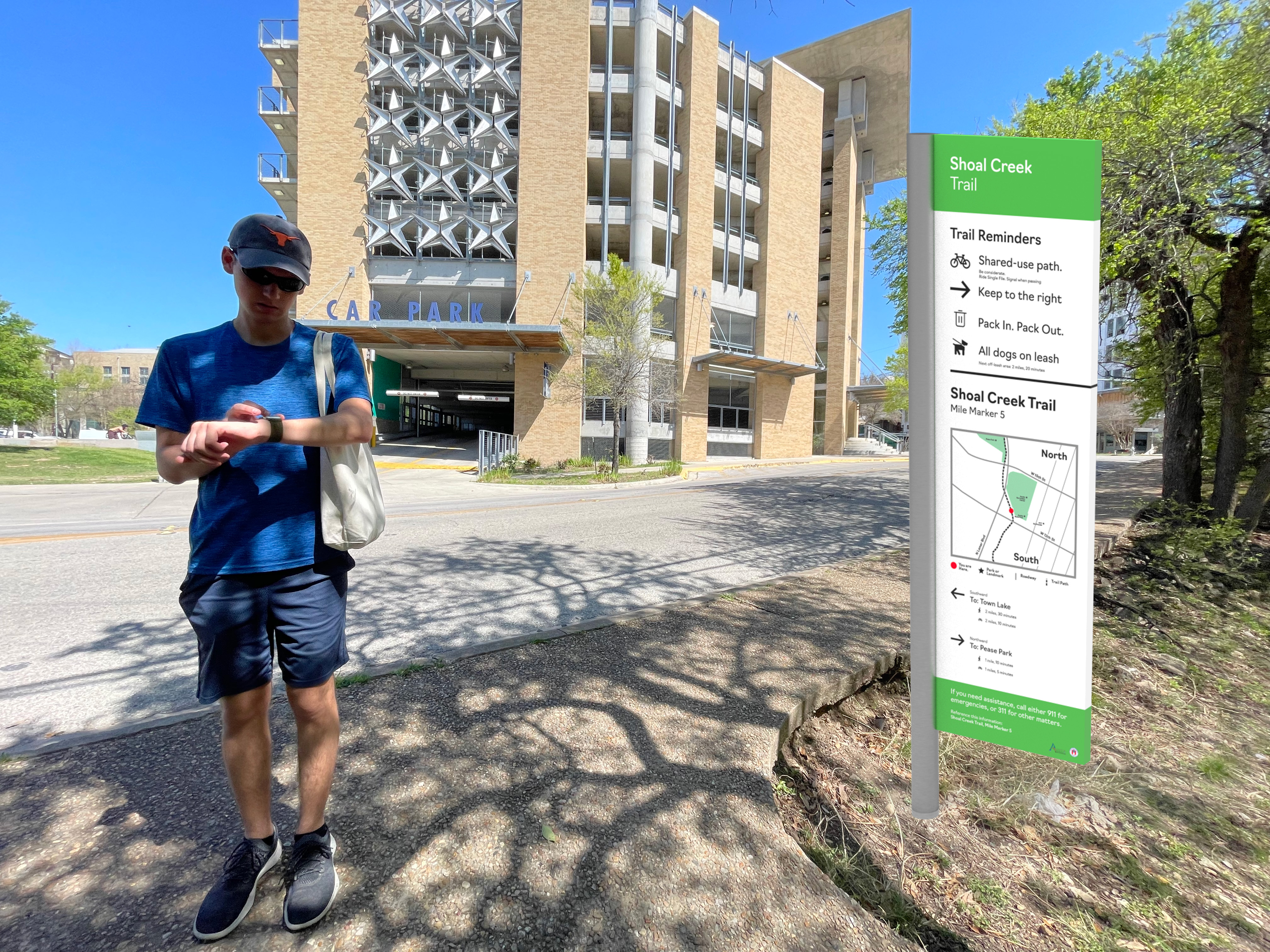 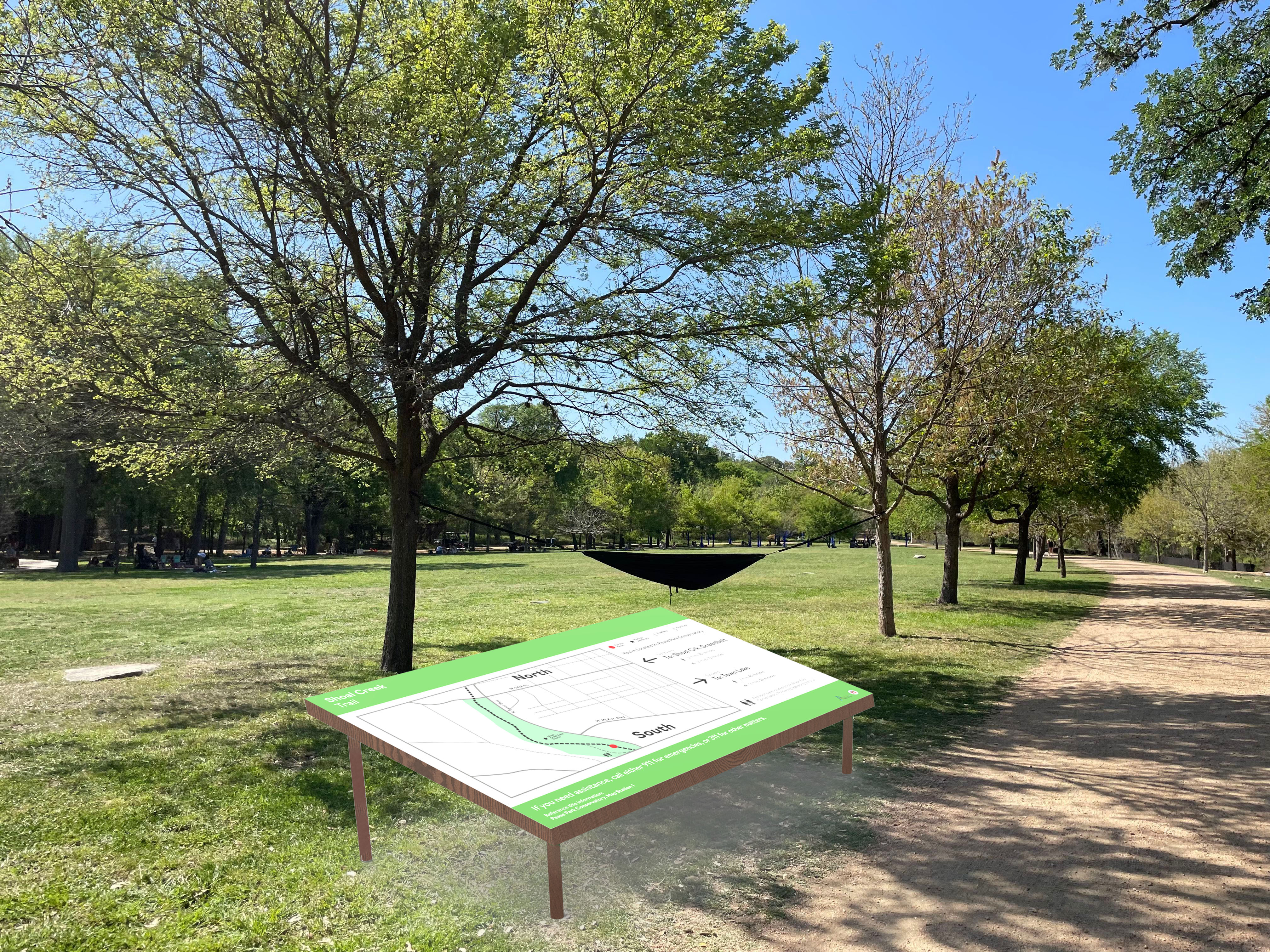 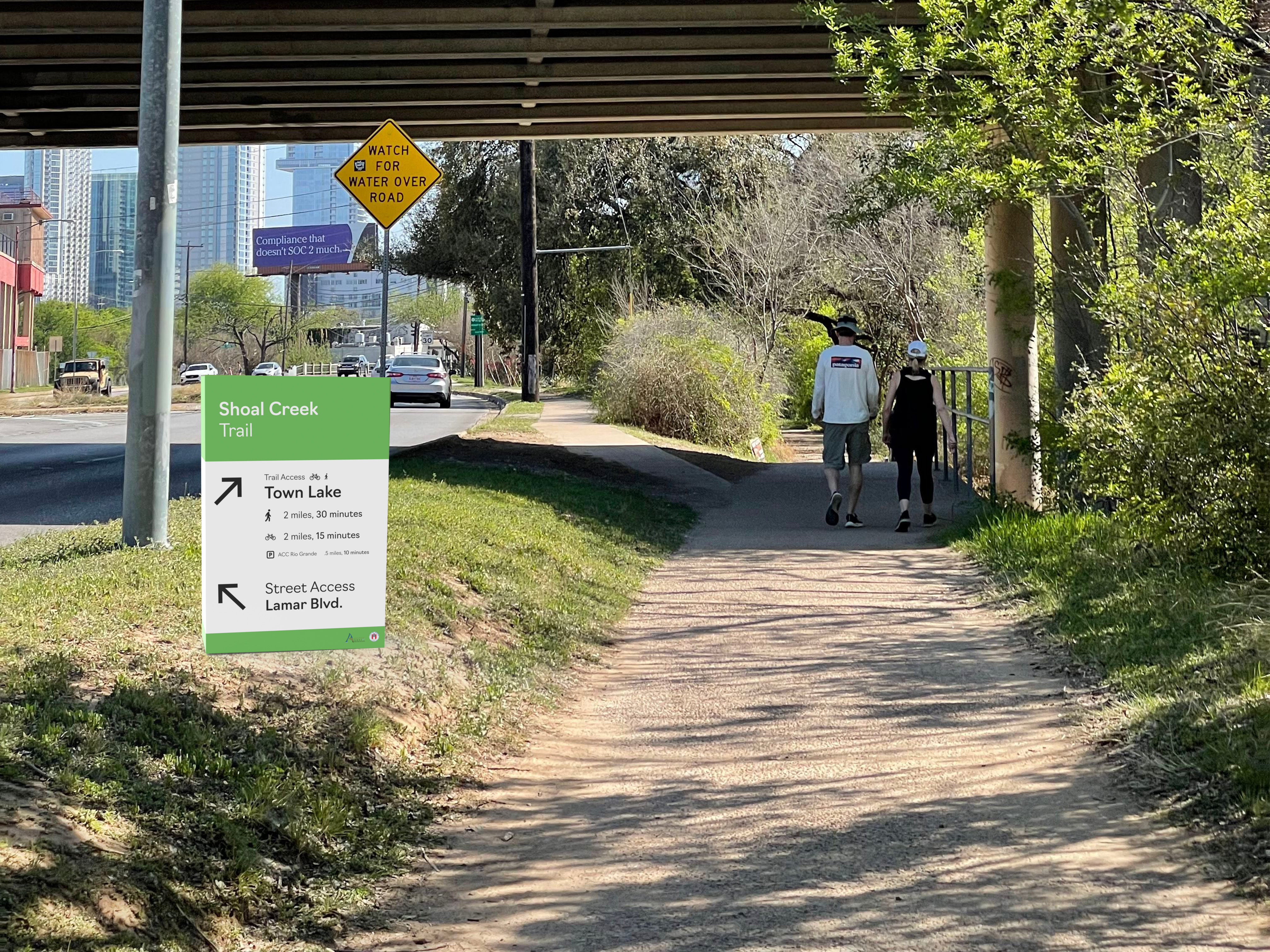 We focused on three areas with our initial prototype

This led to three different prototypes: a mile marker sign that orients park goers along the trail network in Austin, a desktop map that shows park goers where they are in space, in relation to common roads and throughputs, and a compact decision point sign that shows a common or notable waypoint along the trail, to help people navigate through the trails.

Through all of these prototypes, we considered the idea of equity. Most people may have limited access to a phone or map, and these signs allow for people to simply look, and know where they're going. Not only do we provide common measurements (i.e. miles) along the routes, but we also used simple minute-based markings that show how long it would take people to get to their final destination.